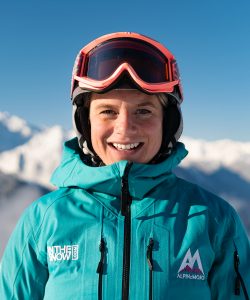 Sega represented Great Britain for 8 years during her 12 year career as a ski racer competing in the four alpine disciplines from Slalom to Downhill.
She lived in Vermont, USA, for 3 years whilst she improved her world rankings and concluded the 2009 season with 14 titles at the British Land National Championships. Since retiring she has spent 4 years running the children‘s programme at Team Evolution as Head U14s/U16s Coach, and alongside this coached the British Children’s Ski Team at selected international events.
Sega spent 3 winters working in Verbier, and a season in Falls Creek, Australia, as an instructor during which time she earned the highest qualifications in the British (BASI), Swiss and French systems. Whilst in Verbier, Sega also trained the instructors striving towards their Level 3 & 4 exams in their on-piste performance.
Sega enjoys being out on the mountain whether she is snowboarding, powder skiing or doing some freestyle in the park, nevertheless finds beginners and timid skiers the most rewarding to work with!
Alpinemojo Ski School 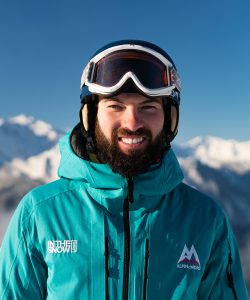 Eliott started his skiing career in Verbier at just 2 years old, and returning to the 4 Vallees each year with his family has only cemented his love for the sport and Valais region.
When he finished his studies in 2011, Eliott moved away from the UK to work in Nendaz, eventually becoming the manager of a ski school in 2016. Eliott currently holds BASI level 3 ISIA and is continuing his development by working towards level 4 (ISTD). He has also recently turned his hand to telemarking so you will often find him free heeling around the slopes.
A trained chef, Eliott has a passion for good food and certainly knows the best spots to eat on the mountain! He likes to travel whenever time allows, drawn to the coast to feed his passion for watersports including kitesurfing. Also a keen football player, Eliott plays as a goalkeeper for the local Printse-Nendaz team.
Alpinemojo Ski School 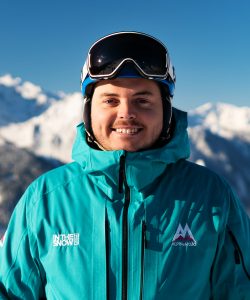 Originally destined to play football having been scouted to play for Leicester, Oli traded his football boots for skis full time at 19, and has been tearing around the 4 Vallées ever since.
Oli follows the snow year-round and can be found in New Zealand in the summer. He begins the southern hemisphere season helping to coordinate the on-snow induction for all newly employed instructors. Alongside his regular instructing duties, Oli is the trainer for up and coming “rookie” instructors aiming for their NZ level 1 & 2 exams. In addition, he runs the Turoa Race Academy for 10-16-year olds providing on the hill training, fitness and goals & performance analysis.Currently working towards his BASI level 4 (ISTD), Oli is always looking to improve, and can be seen working towards his own goals when he isn‘t teaching. An enthusiastic instructor, Oli’s passion for skiing is obvious, and clearly reflected in his client’s smiles and laughter!
Alpinemojo Ski School 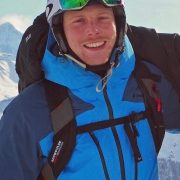 This is Max’s first year as a member of the AlpineMojo team, although he has spent many years living and teaching in Verbier. He is fully certified in the English, French and Swiss systems for Ski Instructing, and in the off season, trains his clients as a personal trainer in London. A keen musician, look out for Max playing in the famous Verbier Apres-ski scene! 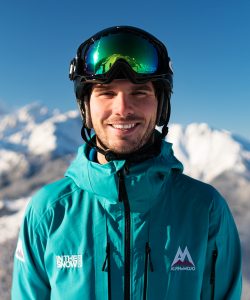 Olly was 2 years old when he first put skis on at Verbier’s Les Esserts piste in 1995 and has returned ever since.
Keen off-piste skiers, his parents met in Verbier, and have passed on their enthusiasm for the sport, and knowledge of the best lines to Olly. He knows this backcountry extremely well, and when he isn’t teaching is skiing with friends, or the AM team if they can convince him to!Olly studied Politics at Newcastle University and worked on the last two general elections. In 2013 he passed his BASI L2 in Bariloche, Argentina, and is lucky enough to have skied on 3 continents.
Olly has always had a passion for cricket, where he is still a playing member of Marylebone (at Lord’s Cricket Ground); Hurlingham, and also for the Marlborough Blues. He holds the English Cricket Board L2 Coaching Qualification, and spends the summer coaching 6-16 year olds at Chiswick and Latymer, MCC, and Hurlingham Clubs.
Although he is half Australian, he insists that he supports England throughout the Ashes!
Alpinemojo Ski School 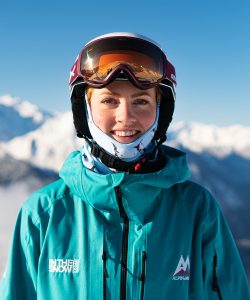 Jazzy Talbot. Jazz is back for a second winter with AlpineMojo in Verbier. Prior to teaching Jazz spent many years racing moguls in Australia where she competed at national championships. When Jazz isn’t passing on her love for skiing you will find her exploring the wine regions of Bordeaux where she spends the summers working in the wine chateaus. Book Jazz this winter and discover the infamous moguls the 4 Valleys have to offer! 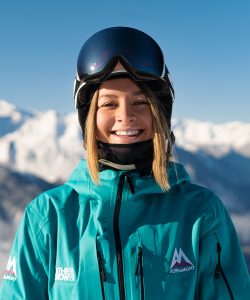 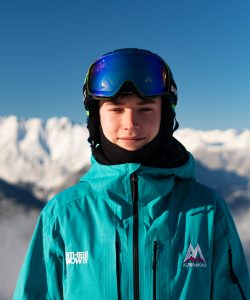 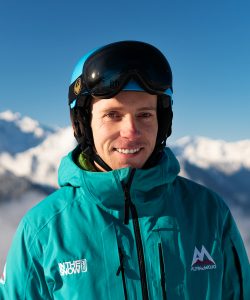 Michael Mccutcheon. Mike joined the team this year in Verbier after many seasons in Canada. Mike is part of the AlpineMojo training team aiming for his ISIA. When not on his skis Mike loves to compete in endurance bike races, where he can cycle over all types of terrain, continuously for 48hours covering over 1100kms. Book Mike this season and explore the slopes of the 4 Valleys. 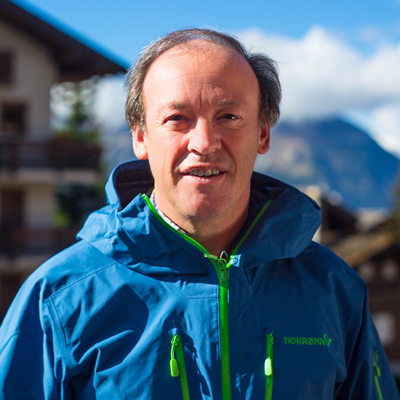 After completing a degree in Pharmacology/ Physiology, Chris spent the next 30 years working in a variety of international marketing roles within the pharmaceutical industry.
He has been lucky enough to live and work in Switzerland for the past 24 years, and having seen the town and resort evolve since he first started skiing here in 1992, his knowledge of Verbier is extensive.
In 2014 Chris signed up for a ski instructor course where he discovered how much he enjoyed helping clients improve in both their technique and confidence, ultimately increasing their happiness on the pistes.
His own skiing improved greatly and he successfully earned his BASI level 2 certificate by the end of the programme.
Last year, Chris decided to combine his love for skiing and helping others to love skiing with his commercial skills and thus Alpinemojo was founded.
Alpinemojo Ski School 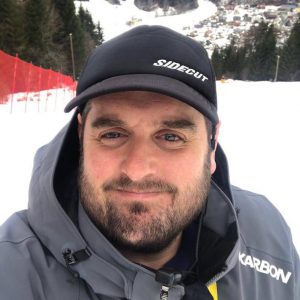 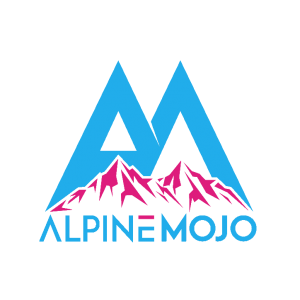 Jordan has enjoyed skiing all over the world as part of his training with Team Evolution Ski Race Academy, including Norway and Chile, and he also represented GB for the 2011/12 year culminating in the “Pokal Loka” race in Slovenia.
Jordan started skiing aged 5 in France, and quickly took to the sport. His family discovered the resort of Verbier in 2005, and he has since spent the majority of holidays in the 4 Vallées.
Jordan is incredibly talented off his skis too, and somehow manages to juggle duties for his start up Krystal Clarity, whilst managing AlpineMojo’s IT department, all alongside his current position as a Data Platform Consultant in London!
Although Jordan is too fast to be spotted skiing the pistes when he is in resort, he can be found catching his breath through the bumps on Tortin when Eliott and Oli take advantage of his ‘city fitness’!
Alpinemojo Ski School 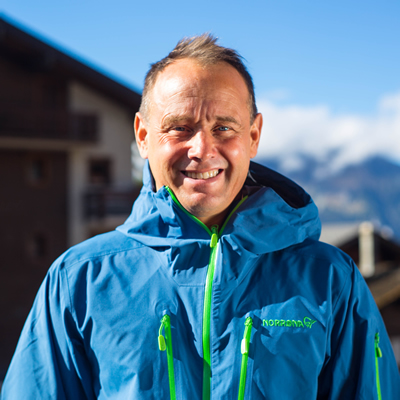 Inspired by his love of the mountains, Roddy moved to the Alps in 1988 where he held a variety of positions, eventually culminating in his promotion to ski school technical director.
Roddy moved to Verbier in 2005 with his family, and subsequently is extremely knowledgeable on the 4 Vallées area- be certain he knows where the best snow conditions are on any given day!
A fully qualified instructor in the Swiss, Italian and Irish system, Roddy even managed to study furniture design for 3 years whilst instructing; and proudly uses this degree in the summer for renovating chalets
and constructing bespoke furniture.
Roddy is a born communicator and this combined with his love of skiing and 29 years of experience ensures that each client achieves their individual goals.
Alpinemojo Ski School
Tweet
0 Shares
Tweet
0 Shares
This site uses cookies: Find out more.
Scroll to top